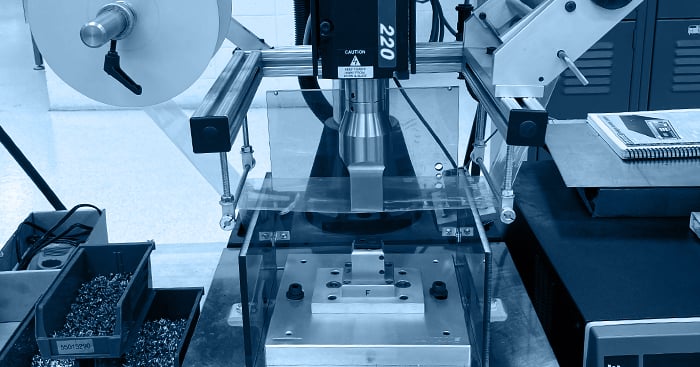 It may look simple, but joining two separate plastic products to form a new product containing ground, neutral, and line screws and folded metal is trickier than it sounds. And once you have the components in place, how do you “weld” a plastic faceplate onto an existing plastic housing?

The answer requires going back to the planning phase. An engineer or a machine operator has already determined whether the faceplate and the plastic socket housing are compatible thermoplastics—resins that are identified as chemically similar enough to form welds when the friction from high-frequency vibrations (20-90 kHz) melt their surface areas. In other words, ultrasonic welding. The friction creates a vibratory energy that’s absorbed and converted into heat. This melts the thermoplastic surface in fractions of a second and creates a molecular bond.

One way to ensure a successful plastic weld is to join two thermoplastics that have the same chemical structures, e.g., nylon, polyethylene, polypropylene. A general guide is that if two thermoplastics have melting temperatures within 50°F or 10°C of each other they should be compatible enough to weld. However, there are other considerations that may affect the welding of like thermoplastics: lubricants, mold release agents, flame retardants, plasticizers, hygroscopicity, dyes and resin grades.

Over the years ultrasonic welding has kept stride alongside computer technology with processors offering a wide range of weld settings while storing a vast amount of data such as vendor plastic “recipes.” They contain sensors and real-time graphing. The result is a more consistent quality control through exact presets for various resins.

However, long established vertical welders such as Dukane’s 220 and 340 models feature a stack (transducer, booster, horn, and fixture) and are still widely used by manufacturers molding and/or assembling thermoplastic components. Such welders are less expensive and wholly reliable.

Interpower attaches plastic faceplates to their NEMA 5-15 sockets via ultrasonic welding—piezoelectric ceramics convert Alternating Current to induce mechanical motion through their 20 kHz welder. The ultrasonic vibrations are transmitted through the horn to the component placed in the fixture, the latter often referred to as the “nest” or “jointing zone.” The intense vibrations create enough friction to melt just the surface area of the component and to form a smooth bond.

Vital, too, is that the machine is properly grounded to reduce Radio Frequency Interference (RFI). The Dynamic Process Controller (DPC) contains an RFI filter, but additional grounding may be needed to prevent RFI from being fed back into the AC line. A 14 AWG wire is the minimum recommended size for the ground.

Also, the thruster of the machine is adjustable. However, it is recommended to shorten the distance between the horn tip and the parts to shorten cycle times and thus increase production. Whatever polymer or resin you choose as a thermoplastic, the material is placed in the fixture where it is secured to be welded. The controller can be preset or adjusted with settings such as amplitude, pressure, weld time, and hold time.

There’s always the possibility of the welder’s horn marring the thermoplastic surface—or it may remove part of a textured surface. To prevent tool marks, flashes, or blemishes on the component in the fixture, see-through film is automatically fed over its thermoplastic surface residing in the fixture. In Interpower’s case, the film acts as a buffer to prevent the marring of its NEMA 5-15 socket faceplate.

It is important to note that “weld time” may have to be decreased as well to help eliminate marring to the surface. And that visual inspection and batch testing are highly recommended for quality control.

With its headquarters in Oskaloosa, Iowa, and offices in Ames and Lamoni, Interpower manufacturers North American and international cords and cord sets, cable, plugs, connectors, inlets and outlets, socket strips and multiple components for multiple industries including medical. 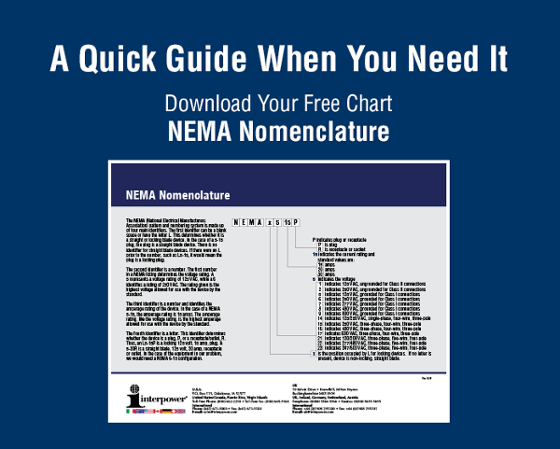