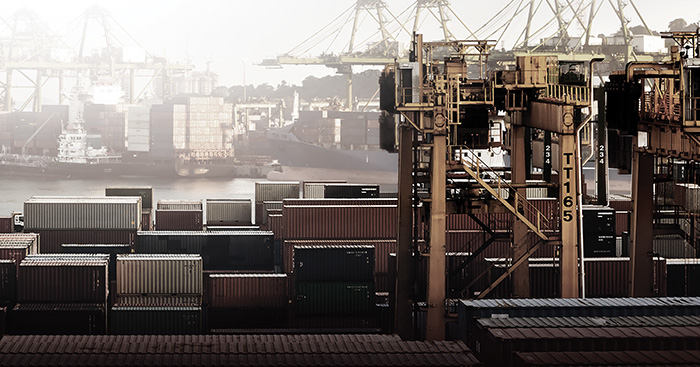 On January 19, 2022, Los Angeles and Long Beach delivered the December port performance reports at their annual State of the Ports event. There are numerous indicators to measure the efficacy of shipping, such as tallying the number of twenty-foot equivalent units (TEUs) in both imports and exports, tonnage, spot-rate indexes, and a new Fed index measuring transit time. Ports Executive Director Gene Seroka chose to cite only one indicator in the entire report—the year-end total throughput number of TEUs.

“In 2021,” Seroka said, “we learned how much cargo we could move through our port under extraordinary circumstances. The Port of Los Angeles processed about 10.7 million TEUs. That’s about 13% more than in 2018, our previous record year.” The Southern California ports benefitted from a great start in 2021, but Seroka chose to leave out vital data. Perhaps a clearer picture of the Southern California ports may have been summed up this way: Whether we have 110 ships sitting off our ports or 50 ships, we still handle the same number of TEUs each month.

Not cited by Seroka or the plurality of media, was a host of metrics that showed the Southern California ports continuing their downward drift since May of 2021, a month when the two ports handled (980,450 TEUs). December data reveals Los Angeles imports were down 16% year to year (385,251 TEUs), despite a record number of ships waiting to unload. Los Angeles’s exports were down 41% (70,872) in December of 2021 year to year, continuing export free fall.

Indisputable is that the ports cannot handle the volume of ships waiting to berth each month. Whether 50 or 109 ships anchor off port, the ports can only handle an average of 14 ships per day. There has been a monthly decline in imports and exports since May of 2021, a trend steaming toward January and February of 2022. If that is the case, it will be the ninth straight month of decline for Southern California port production.

In late November of 2021, California air regulators “agreed” that the ships waiting in San Pedro Bay were not good for the environment. Those ships were moved up to an astonishing 300 miles out, well beyond the 25-mile demarcation for official waiting-to-berth status with Christmas season in full tilt. In other words, the ports didn’t have to officially count those ships as “waiting.”

In early December of 2021, the Administration announced that the “Shipping crisis has been averted.” According to the numbers, especially since May of 2021, the supply chain is still taking on water.

Put another way, the Los Angeles and Long Beach import demand criterion may not be the most illustrative way to measure month-to-month changes. Better may be the ability or inability of the ports to berth and unload the ships queued at their ports—how many ships per day? December’s volume was the lowest in 18 months. December’s volume and other shipping indicators suggest that terminal issues will continue well into 2022.

FrieghtWaves reports that an estimated shortage of up to 80,000 drivers will hamstring the trucking sector in 2022.