Many Names, Many Applications: The High Potential Voltage (Hipot) Test

Dielelectric Voltage-withstand or Dielectric-strength tests are often referred to as the High Potential Voltage “Hipot” test. It’s one of the most common yet important safety and diagnostic tests used for electrical and electronic components and devices—it can be used in both the design phase and the production phase in the manufacturing of electrical products.

The Hipot test is extremely versatile in that multiple Pass/Fail parameters can be programmed into a manufacturer’s CPU to determine whether the product or the Device Under Test (DUT) can withstand the influx of high voltage for a predetermined amount of time. These product-specific parameters are based on various standards set for different classes of devices in multiple industries.

A Hipot test is mainly concerned with whether a product’s insulation can withstand high voltage far beyond its voltage rating at which it was designed to operate. The test gives the manufacturer reassurance that its insulation inside the chassis or housing can handle power spikes associated with alternating current (AC) as well as electrical shock from devices with “patient leads” or “applied parts” where the patient may come in contact with the electrical device’s surface.

As a general rule the higher the voltage, the greater the leakage of the DUT’s insulation. When Hipot testing a Class I device or component that is connected to a ground, or a Class II product without a ground (but double the insulation), the Hipot tester will send much higher voltage across line (hot) and neutral conductors than what the device is rated for to check the integrity of the insulation inside the chassis or housing of the product. What is the technical definition of insulation? Typically, insulation is what slows down or impedes the flow of electrons as to minimize or dampen leakage. In essence, the DUT becomes a giant capacitor—two conductors separated by an insulator or dielectric material.

Examples of different insulators are plastics or rubbers, less conductive metal beads or glass, cardboard and many other materials. The “space” around insulated wires and other parts is also considered the insulation, and the goal is to keep the electrical field generated by the current to a minimum inside the product’s chassis or housing which is typically measured in milliamps. The greater the leakage, the greater the chance the test will fail according to the milliamps settings in the test parameters. Always check the standards before setting your test parameters. The typical calculation is 2 x the rated voltage of the device + 1,000 volts. So if the DUT voltage is 120VAC, the Hipot tester would push 1240 volts into the DUT. If rated at 240VAC, then the testing voltage would be 1480.

What about testing cords or cord sets? Cords, especially with multiple braided cables, contain conductors that are insulated inside the separate outer housing. One is connected with high voltage (high side) and the other end is the return (low side), so now the electrical field created inside the cord will measure any faults due to crimps, cuts, spaces or any other issues within the insulation and Pass/Fail can be determined.

Because of the oscillating nature of AC power and its changing polarity, ramping up power is required for Hipot testing, but not for Direct Current (DC) due to the latter’s constancy. Passes are usually described in standards language as, “No breakdowns shall occur.” If a breakdown occurs, then it’s a Fail. Many standards set test minimum times at 60 seconds in the design phase, and 1 second on the assembly line as the product receives a last second check before being boxed for shipping—the device has already passed, so a cursory check before shipping is all that’s needed as not to slow down production.

Design testing is important to engineers to see how the insulation in their product responds to extreme voltage. Does it Pass or Fail? What is the exact leakage in milliamps, and even if it passes, how will that minimal leakage affect the design going forward as all insulation degrades over time (nicked, cut or frayed wires, pinholes, braided shielding, material buildup, heat and moisture, or is there not enough space between conductors allowing too much leakage?). Designers and engineers have the latitude to set more stringent testing requirements if they feel their products are used in more abusive environments—abrasions, or around sharp tools, or even extreme weather. These complex design decisions are quite different than the Hipot production line test.

The Hipot production line test is more of a verification that there are no issues after manufacturing. Issues do occur in production such as operator errors and machine errors due to malfunctions, but the production test is very important. Though brief, the production line test gives manufacturers the peace of mind that the voltage through the DUT is still passing the Hipot test. This production “Go” or “No Go” test is a redundancy ensuring the end user’s safety. And safety is paramount in any electrical testing. Again, how this insulation holds up to the bombardment of electrons will determine a Pass/Fail. If the high voltage pushes through the insulation it could flow to the surface of the DUT and destroy the product or worse, cause a severe shock to an end user. 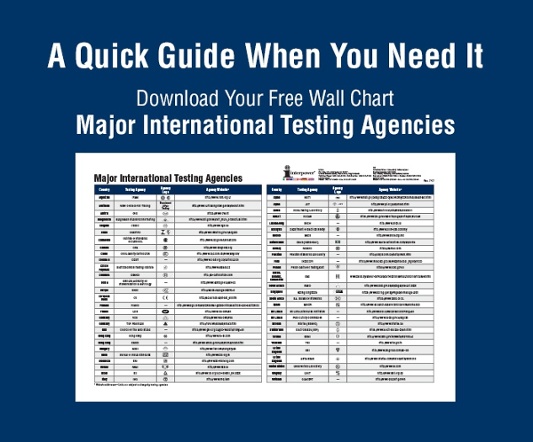