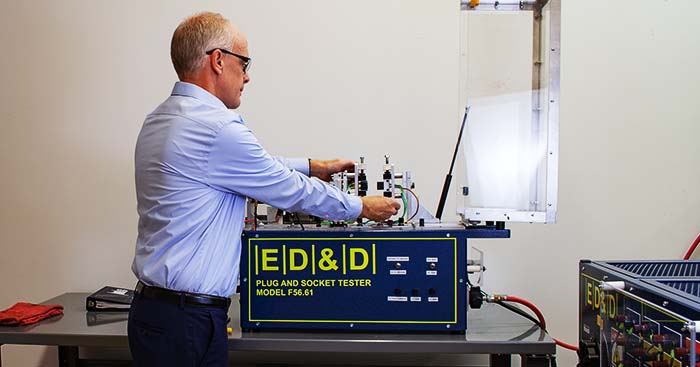 Bunkered deep inside Interpower’s testing facility in Ames, Iowa, is an array of testing apparatus for the testing of electrical cable and components to push both newly manufactured and warehoused cable, cords, and components (and prototypes) to extreme limits, often well beyond UL and IEC standards for product compliance.

“We test more than is required by the standards for our own benefit,” said Interpower Product Development Manager Ron Barnett. “We push beyond the standards because it lends better reliability to our design—products become more reliable.”

The Plug and Socket Tester machine is an electrical testing apparatus that tests Breaking Capacity (plugs abruptly pulled from sockets/connectors under high current load), Normal Operation (plugs inserted and withdrawn at “rated” current), and Insertion-Withdrawal (no current). The plugs and sockets are mounted on a special fixture, and are inserted and pulled apart in rapid succession by pneumatically compressed air to reveal the aftermath of arcing under high current loads—the terminals on the Plug and Socket Tester are made of polished steel. Bright arcs of electricity are visible each time the components are pulled apart.

The Breaking Capacity test may leave contact arcing residue from the high-current arcing. The main goal of the test is to ensure arcing is held to a minimum as to protect internal circuits and not impair further use, the latter the criteria in determining whether the test was a pass or a fail.

The test includes both UL and IEC standards.

“The only real difference in those tests and standards are the differences in North American current versus international current,” Barnett said. Unlike many other U.S. electrical manufacturers, Interpower can test multiple components with various amperage ratings, which are predetermined by the standards.

The Breaking Capacity test runs loads above the tested component’s rating. For example, if you want to test the plug and socket rated at 250VAC, the tester would crank the voltage up to 280VAC. For Normal Operation test, you would drop the voltage down to its normal rating, in this case 250VAC. For the number of cycles (meaning the plug is fully inserted and withdrawn from the socket or “counterpart”), Breaking Capacity requires 100 cycles, Normal Capacity requires 2,000, and the Insertion-Withdrawal test requires 6,000 cycles per the 60320-1 Standard. The two main standards for this test are IEC 60320-1, Sec. 19, and IEC 60884-1, Sec. 20. 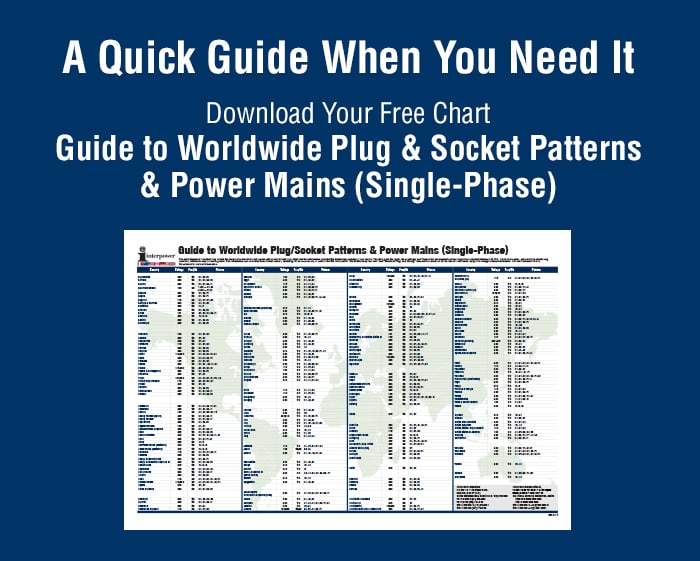