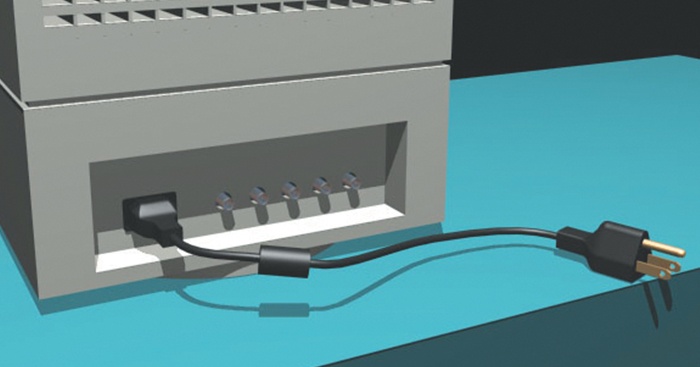 Electrical equipment emitting signals and their various frequencies can create enough Electromagnetic Interference (EMI) to interfere with or even damage nearby equipment.

While EMI and Radio Frequency Interference (RFI) are often used interchangeably, EMI is the more comprehensive term. While there are several components to suppress frequency noise—capacitors, inductors, shielding, magnets, etc.—another option is ferrites.

Magnetized ferrite beads work by suppressing low, medium, and high-frequency noise. Ferrites are beads (or a PVC compound containing such beads) that suppress EMI transmissions to and from electrical devices. Designed for suppression of signals between 25 and 300MHz, ferrites are commonly made of nickel-zinc (NiZn) or manganese-zinc (MnZn), offering medium permeability (penetrability) and resistive impedance. A combination of oxides from other metals, such as magnesium, manganese, copper, or cobalt, may also be present.

Ferrite beads are not resistors, capacitors, or inductors; however, they do share similar characteristics of each depending on the electric fields they encounter in their arrangement in electrical designs. Most of Interpower’s ferrites are molded onto North American cords in PVC housing, but there is a snap-on version used both in North America and abroad as well.

When determining what kind of ferrite to use on a cable, there are several factors to consider: impedance range, frequency range, and size and type of cable it will be used on. When applying the ferrite onto the cable, Interpower recommends molding it four to six inches from the strain relief on the equipment end, or on the IEC 60320 connector of a cord set.

Interpower offers three different ferrites which can only be molded onto North American cable, plus the previously mentioned snap-on version which are included in the table below: