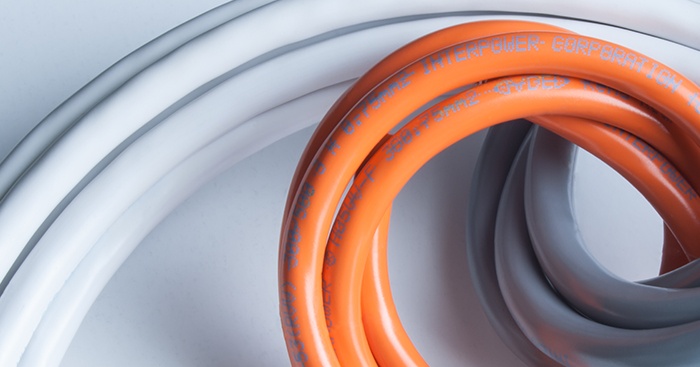 A common practice for cord set manufacturers is the option to be able to change cable suppliers. This can be done as a safety net to limit shutdowns and as a price controlling measure. It also means that with manufacturers having multiple-approved cable suppliers, customers should not expect that all markings found on the cable are included in their company-specific specifications.

“When a customer specifies that every single marking on the cable be included in their specifications, they completely and unnecessarily tie their own hands, as well as the hands of the cord set manufacturer, when mandatory, non-technical changes must occur. This can lead to delivery delays and potential line-down scenarios,” explains Dan Ford, Technical Support Specialist at Interpower.

“It also can tie a manufacturer of equipment to one specific cord set manufacturer which could prevent them from sourcing alternate cord sets elsewhere in the event of shortages, poor supplier performances, business shut-downs, and/or major quality issues,” he said. “This would leave the equipment manufacturer with the choice of waiting for parts or potentially changing their equipment approvals, so they could change suppliers. It is always wise to have product approvals set up to allow for alternate equivalents to be used. The International Standards Organization (ISO) and other quality systems often require strict adherence to customer specifications.  For example, if something is included that should not be, the product specified may not be able to be made.”

Dan explained that the following markings are important and should be included in cable specifications.

Cable Size and Number of Conductors

This is important in regards to the class requirements, the ampacity of a cord or cord set, and the needs of the application.

This is important for verifying what the characteristics of the cable are and that they meet the customer’s needs.

This is needed to verify that the cable meets applicational voltage requirements.

This is needed to verify that the proper rating is used for the application.

For North American cable, this is to ensure the cable has the correct fire resistance for the application.

It is best to have the approvals reference be as generic as possible regarding which ones are needed for the assembly and application.

Dan also explained which markings are not important and do not need to be included in the cable specifications.

Some safety agencies periodically change their approval marks, so specifying a specific mark is a set-up for potential delays. Some countries have multiple agencies which can change their names, making specific references unwise. For example, if an Australian approval mark is required for a cord, then just generally state that, but don’t require a specific approval mark. Also, some cable may include marks for other places that are not applicable for all assemblies.

Including a file number is never recommended because each is tied to a specific manufacturer. If that manufacturer goes out of business or experiences a major delay, the customer cannot go elsewhere because the file numbers will not and cannot match.

These are for quality tracking only and have no importance to a user of a cord, unless there is a quality issue. Date codes simply cannot be included on a specific sheet, because they change every time the cable is run. In addition, many companies may have multiple facilities making cable, so the location identifiers would change often.

“The CE marking is only valid in European countries, so it should not be specified on cord set specifications for other countries,” Dan said. “If the CE marking does appear on a cable, but isn’t required for that country, that is okay. However, if it is unnecessarily listed as a requirement on a specification, you may inadvertently disqualify equivalent products from being used in times of need, simply for a mark that a country, like Brazil for example, does not use.”

“If manufacturers buying cord sets have questions about which markings should be specified, especially on cable and cord sets, they should ask the cord set manufacturers for guidance. Specifications should be set up to allow everyone the flexibility to use alternate, equivalent items in order to help avoid costly wait times and line-down situations,” Dan said. Interpower utilizes multiple-approved cable suppliers.