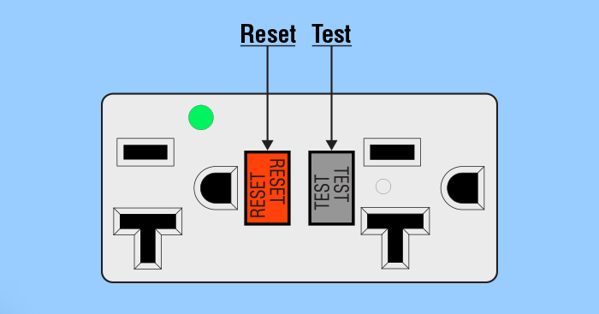 User safety is a huge benefit of incorporating a Ground-Fault Circuit-Interrupter (GFCI) into an electrical product, such as a socket.

According to the 2014 National Electrical Code® (NEC) Handbook, “Data shows a decrease in the number of electrocutions in the United States since the introduction of GFCI devices…Most safety experts agree that GFCIs are directly responsible for saving numerous lives and preventing countless injuries.”

Definition of a Ground Fault

A ground fault is an “unintentional, electrically conductive connection between an ungrounded conductor of an electrical circuit and the normally non-current-carrying conductors, metallic enclosures, metallic raceways, metallic equipment, or earth.” (2014 NEC Handbook)

Purpose of a GFCI

Advantages of a GFCI

Several advantages that make it worthwhile to install a GFCI device include:

Interpower offers North American GFCI socket assemblies for industrial control panel equipment applications. One GFCI socket combines both an external NEMA 5-20R and an internal NEMA 5-15R control panel into one assembly (Interpower part number 88051010). It is intended for panel-mount use by industrial equipment OEMs (original equipment manufacturers) typically as convenience power outlets on control panels or in conjunction with power distribution devices in large electrical and electronic systems. Applications include factory settings where water or fluids may frequently come in contact with the enclosure, such as equipment wash-down applications. 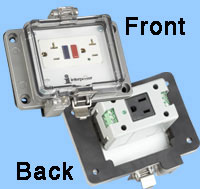 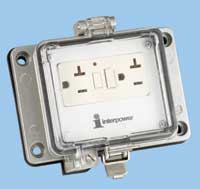 For more information, see Interpower sockets by part numbers and the Plugs and Sockets page.