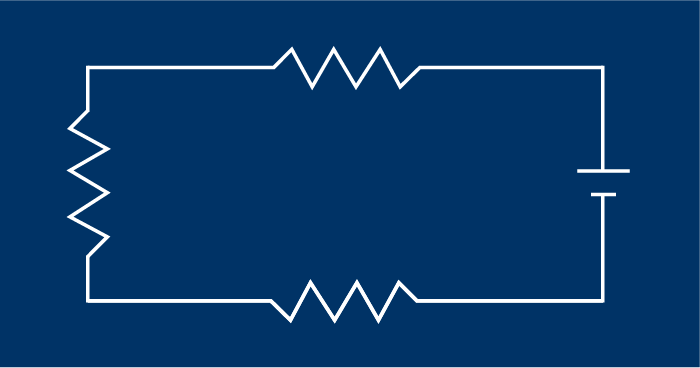 Circuit protection is a major component to consider when designing electrical and electronic equipment. The main purpose is to provide protection to both the equipment and operator should a circuit overload occur.

When the current is larger than the circuit breaker is designed to handle, the switch contacts open, breaking the current. This occurrence is often referred to as being “tripped.” When the issue is resolved (whatever “tripped” the circuit is repaired), the circuit breaker can be reset by a push of a button or a flip of a switch. The contacts will remain closed until another overcurrent fault condition occurs in the protected circuit, causing it to trip again. Circuit breakers can be designed to trip more rapidly than fuses, although they are typically larger and more costly.

The breaking capacity of a fuse is the maximum current that can safely be interrupted by the fuse, and generally, this should be higher than the prospective short circuit current.

Overcurrent that is three times or more the value of the normal current.

Also referred to as input surge current or switch-on surge. The maximum instantaneous input current drawn by a piece of equipment when it is first switched on. This is the result of activating devices such as AC motors, transformers, power converters, and large capacitors or capacitor banks requiring charging of the capacitors. In‑rush currents can range anywhere from 1.5 times the steady‑state current to as much as 10 to 15 times the steady-state current for equipment utilizing large transformers or motors.

The resistance in ohms of the internal electrical pathway.

The typical current drawn by a device while in normal operation.

A measure of the rate at which energy is lost from an electrical system, through heat transfer, into the circuits surroundings through conduction or radiation. Power dissipation is usually measured in watts.

Also referred to as overcurrent or excess current. In an electrical or electronic system, it is a situation where a larger than intended amount of current exists through the circuit, leading to excessive generation of heat and the possible damage of the equipment or components within the equipment, as well as the risk of fire. Common possible causes are short circuits, excessive load, and/or incorrect design.

The level of impact applied to a circuit breaker, measured in grams, under which the unit will still function correctly.

A specific type of overcurrent event that creates excess current when the current travels along an unintended path where there is either no or very low electrical impedance.

A touchproof fuse holder means more safety to the end user because a blown fuse can only be accessed from the outside of the equipment with the use of a tool and cannot touch any of the contact surfaces before the fuse carrier and fuse are removed.

This means the switch cannot be held in the closed position against overcurrent.

For a circuit breaker switch, this is the number of operations that the item is expected to last while connecting and disconnecting the nominally rated current of the device under a specified load condition, usually inductive.

The level of continual vibration measured in grams under which the unit will still function correctly.